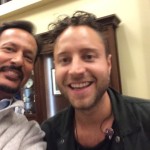 “Where the Light Is”

Following up on the initial “independent” release of the album “Your Strength”; Christian Canadian artist, Dan Bremnes, released “Where the Light Is” in June 2015.

Where the Light is was published by Sparrow/Capital CMG records giving Bremnes the needed boost to showcase his talent.  Born into music as a drummer; Bremnes eventually mastered playing guitar and songwriting.  Since “Where the Light Is” release; Bremnes and his family have relocated from British Columbia to Nashville, TN.

The first song on his latest release; the title track “Where the Light Is” talks about the rough times Dan has had to ensure, including the death of his mother in an auto accident, while praying to an unseen God. Powerful words and vocals lace this destined to be a hit song.  The chorus “God come quickly, only you can save me, lead me where the light is”; talks about searching for God’s light when we are in our darkest places.
Continue reading

“Thrive”, Casting Crowns latest release on Sony Music Entertainment, has all the making of a best selling record.

The opening title track “Thrive” launches what will become one of Casting Crowns’ most popular album recordings to date. From the initial acoustic “hoedown” sound; Thrive quickly moves towards a warrior type anthem. Drums beat with a marching band sound, then kicks in the Woo, Woo, Woo warrior cry. The chorus delivers a powerful message; “It’s time for more than just survive, we were made to thrive”!  Good beat, great vocals and words to move others will make this popular tune.

The second track, “All You’ve Ever Wanted”, has already garnered much radio play and is destined to be a top Christian hit. Starting off with a beautiful piano like ballad; Casting Crowns lead singer, Mark Hall, sings about self-reflection and how “all my deeds and good name are just to cover all my guilty stains, ‘cause all You ever wanted was my heart”. The powerful vocals and words tell the story of all Jesus has done for us, but how we need to turn our heart over to Him. After all, that is “all HE ever wanted”.